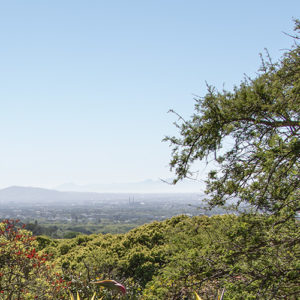 In 2017, I was invited by Josephine Grindrod to work with her on a project that had been years in germination. She had become captivated by the story of Susanna van Bengal, an enslaved woman who was convicted and executed for murdering her six-month-old daughter in 1669.  Though Susanna’s desperate fate is not unknown to those interested in Cape Town’s history, hers is not a life that has been prominently commemorated. The lack of visible acknowledgement of Susanna’s story typifies the way in which Cape Town positions itself in relation to its history of slavery. While this history is generally accepted, it is frequently downplayed in the city. Nevertheless, the tragic and violent past of the country, which includes slavery, germinated the present-day socio-political. Race, patriarchy and labour continue to constitute the most challenging issues faced in contemporary South Africa, and the patterns of their organisation were established in the early Cape Colony.  Josephine’s interest Susanna van Bengal’s story was due to this continuation of patterns of oppression. She knew that this story was one that needed to be made more visible, to be brought into the present.

At the time of my meeting with Josephine, my own research was focused on Krotoa, a Goringhaicona woman who lived in the household of Jan van Riebeeck from the age of ten. She later became an indispensable interpreter and negotiator between the Dutch and various Khoekhoe groups in the Cape. Though not a slave, Krotoa’s labour defined her life, and the colonial administration controlled her labour. Though often treated as distinct, the history of slavery in Cape Town is one intimately intertwined with the lives of first nations peoples. Krotoa is today a much more famous figure from the history of Cape Town than Susanna, but up until the 1990s her story was similarly under represented. Moreover, anyone who has looked for Krotoa in the archives will know that information on her is extremely sparse. It became clear to Josephine and me that both Krotoa and Susanna are significant to contemporary Cape Town, but that stories such as theirs were, for the most part, largely hidden. What other stories then, remain to be uncovered?

Seeking untold stories, we were led back to the archives, which, with the help of Suzie Joubert, we mined. From this research emerged the stories of twelve women, whose lives encompassed varied sets of circumstances: from destitution to liberation, from being considered property to becoming a landowner, and many besides. Together with the slivers of knowledge we gleaned from the archives came our awareness of how little is known of these lives. Moreover, these stories felt to be at odds with the collections held by Iziko that related to the history of slavery. Most of the objects in the collection were owned by Europeans, rather than those who served them. These objects told us more of the lives of those in power, than those dispossessed and displaced by slavery and servitude. If we were to bring the stories buried in the archive to light, the objects alone would not be enough.

Thinking through the ways in which to stage the stories in a contemporary South African milieu would require a consultative, inclusive process. We thus worked with Tauriq Jenkins, Supreme High Commissioner of the Gorinhaicona Khoena Council, as well as Lynn Abrahams, Social History curator at Iziko, to help develop the framing of the exhibition. In addition, we invited artists Gabrielle Goliath and Azazole Ndamase to exhibit their work alongside the objects and stories. Exhibition manager Vivienne Barrat and graphic designer Terry Adams also joined our team, and both helped to develop visual strategies to ensure that the stories were given due prominence, and were rendered legible to a diverse audience in the present. Throughout, Under Cover of Darkness seeks to displace the dominance of colonial objects as the means to convey the history, and to make it apparent that these histories are not distant to us, but are the very foundation of our lives.